disBalancer Has Been Acquired by Hacken (Q&A) 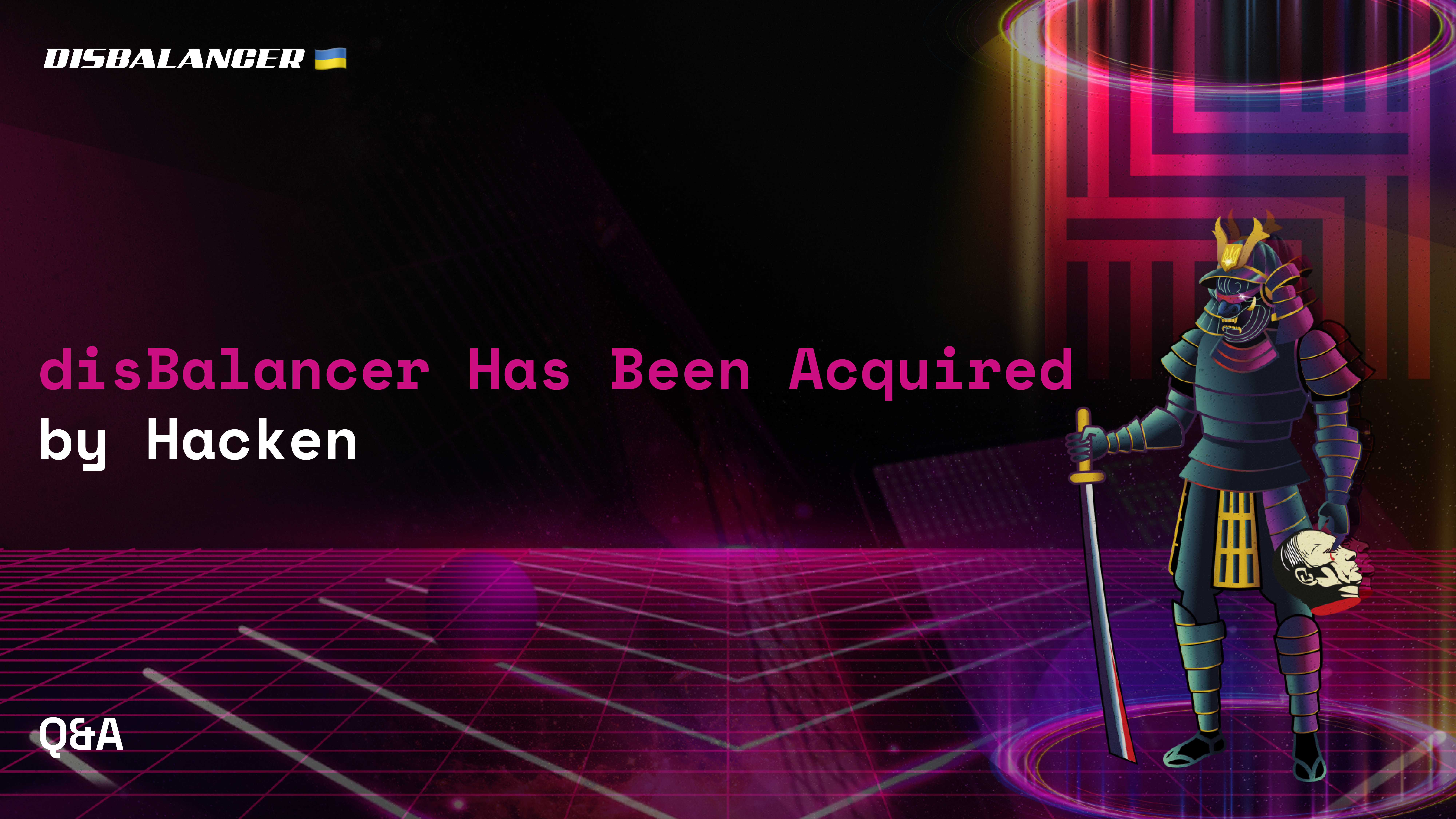 disBalancer and Hacken Teams are glad to announce a new era of opportunities for both projects due to Hacken’s acquisition of ours.

The disBalancer team has created primarily as a commercial infrastructure testing tool consistent with the product and services are comprehensively offered on the cybersecurity market by Hacken. Since the development and launch of disBalancer, our successes were noticed by our main partner. Direct access to resources provided by this agreement opens up new opportunities for the disBalancer team to grow and develop.

This win-win decision to merge the two projects will allow the disBalancer team to gain more resources to grow, whereas Hacken will be able to strengthen its ecosystem and Web3.0 cybersecurity presence.

What will happen with the DDOS token?

DDOS token holders will be able to swap them to HAI. The token swap will save your assets and give an opportunity to increase them with more liquidity.

Meanwhile, for Hacken, this is a promising opportunity to grow the community and launch tokens burning. Plus, this is the first, but surely not the last, chance for all Hacken Foundation projects to gain momentum by teaming up with HAI.

Hacken will allocate 20 million HAI, the rate swap will be announced later.

Will previously announced services be launched?

Yes, they surely will. Stress Testing services and DDoS Security Consulting will become a part of Hacken Web3.0 Cybersecurity services; our team have already started working on it.

What is the fate of the Liberator app?

Liberator is the most effective cyber gun against russia propaganda. The app was downloaded by 150,000 users and remains successful in battling against the aggressor. Since the cyberwar started, almost 600 Russian services have been attacked, including the Kremlin and FSS websites, Spetsnaz, RT, 1TV, EGAIS, banking, accounting system, streaming services and more. It appeared possible by having a strong Dev team that made great efforts to implement 4 unique attack methods. All the experience we have gained during the cyber war will be applied to launch the services announced before.

The success of Liberator has been covered and filmed by the leading media such as The Times, Bloomberg, The Wired, Le Monde to name a few. Every Liberator user contributes to the victory of Ukraine, and these efforts are hard to overestimate.

To thank the most active cyber warriors, we made special NFT Medals and signed leading disBalancers in the amount of 38 with samurai ranks in disBalancer English chat.

Recently we received a request from the Ukrainian government, which is interested in owning the software. Thus, no longer bound by commercial restrictions, the software will continue fighting until russia surrenders.

Therefore, we and all Ukrainians kindly ask all current and potential Liberator users to run the app as much as possible to maintain its performance as it is still on-demand. This is the easiest and unbelievably effective way to support Ukraine with no financial investments.

When will we receive our NFT Medal For Cyber Service to Ukraine?

Snapshot for NFT is scheduled for 5 PM (UTC) on 15th August. To receive one, you need to hold at least 1,000 DDOS tokens until the announced date. And, as we announced before, TOP-10 holders will get exclusive animated medals.

NB! It is crucial to have DDOS tokens in a wallet (Metamask, Trustwallet, etc.), not on exchanges.

More info on the updates will come soon!

So, this is definitely a great change for projects, holders, and supporters that should be considered as a fantastic success and a new step to strengthen both projects. And we truly believe that this acquisition will bring a great blast for both DDOS and HAI communities growth and Hacken ecosystem expanding.

Thank you for your presence, support, and faith! Keep standing with Ukraine!

Have some questions for the team?