The Most Active disBalancers Have Received Samurai Ranks 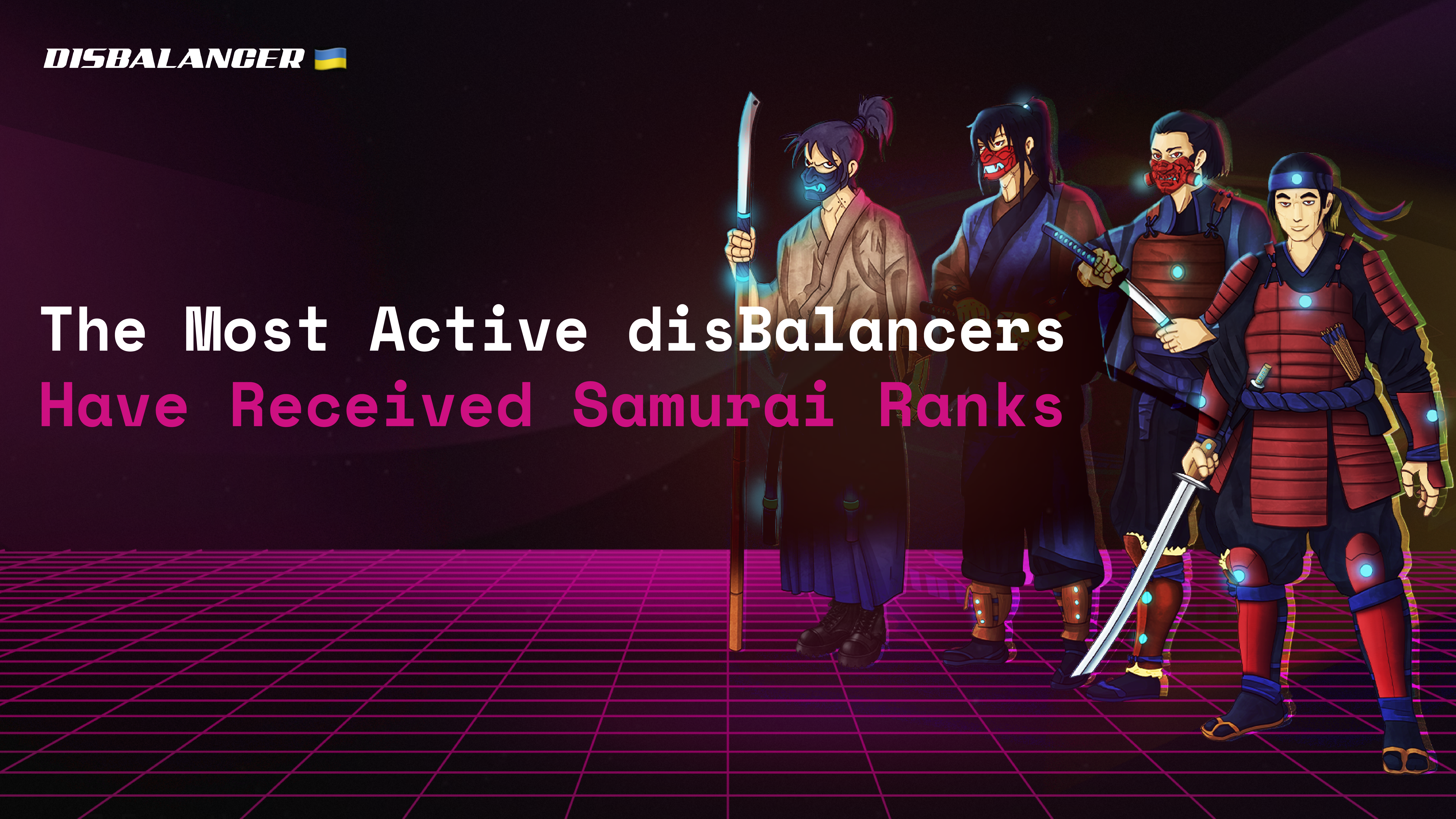 During the last year, disBalancers have done a great job developing the software and battling russians in cyberspace. Our time admires all your efforts. We want to thank you and sign the most active users with the special samurai ranks on Telegram.

Our samurais are a great strength and pride of the disBalancer. Each of them will join the Hall of Fame.

What are these ranks? What do they mean?

Ashigaru is the main force of the cyber army.

Ashigarus were infantry employed by the samurai class of feudal Japan. Initially, ashigarus were wandering foot soldiers. Ashigaru became the backbone of many feudal armies, and some rose to greater prominence. Ashigaru were armed with naginata, yari, yumi, and swords.

Gokenin is considered a respected cyber warrior who has his own power to use in cyber warfare. They had proven their bravery and dedication to the cause.

A gokenin was initially a vassal of the shogunate. In times of war, he had to fight with his forces under the shogun’s flag. Gokenins were allowed to become owners of the land they administered. The class of gokenin ceased to be a significant force indicating direct vassals of the shōgun. Unlike a hatamoto, a gokenin was not of omemie-ijō (御目見以上) status – in other words, he had no right to an audience with the shōgun.

Hatamoto is a high-ranking cyber samurai.

Hatamoto was an upper vassal who had the right to an audience with the shōgun and the privilege to meet with him. In the context of an army, it is compared to the officer. The word ‘hatamoto’ literally means ‘those who guard the flag’ on the battlefield and can be translated into English as ‘bannerman’.

Baishin is an honored cyber samurai who uses the liberator every day and brings us closer to victory.

Baishin was a warrior from a civil clan who served their overlords (a daimyo, a hatamoto, or a gokenin) were in vassal dependence directly on the shōgun. Baishins also obeyed the shōgun for a wartime period.

Baishins, vassals of vassals, are the basis of the samurai class. When people imagine samurai, they are used to thinking about a baishin.