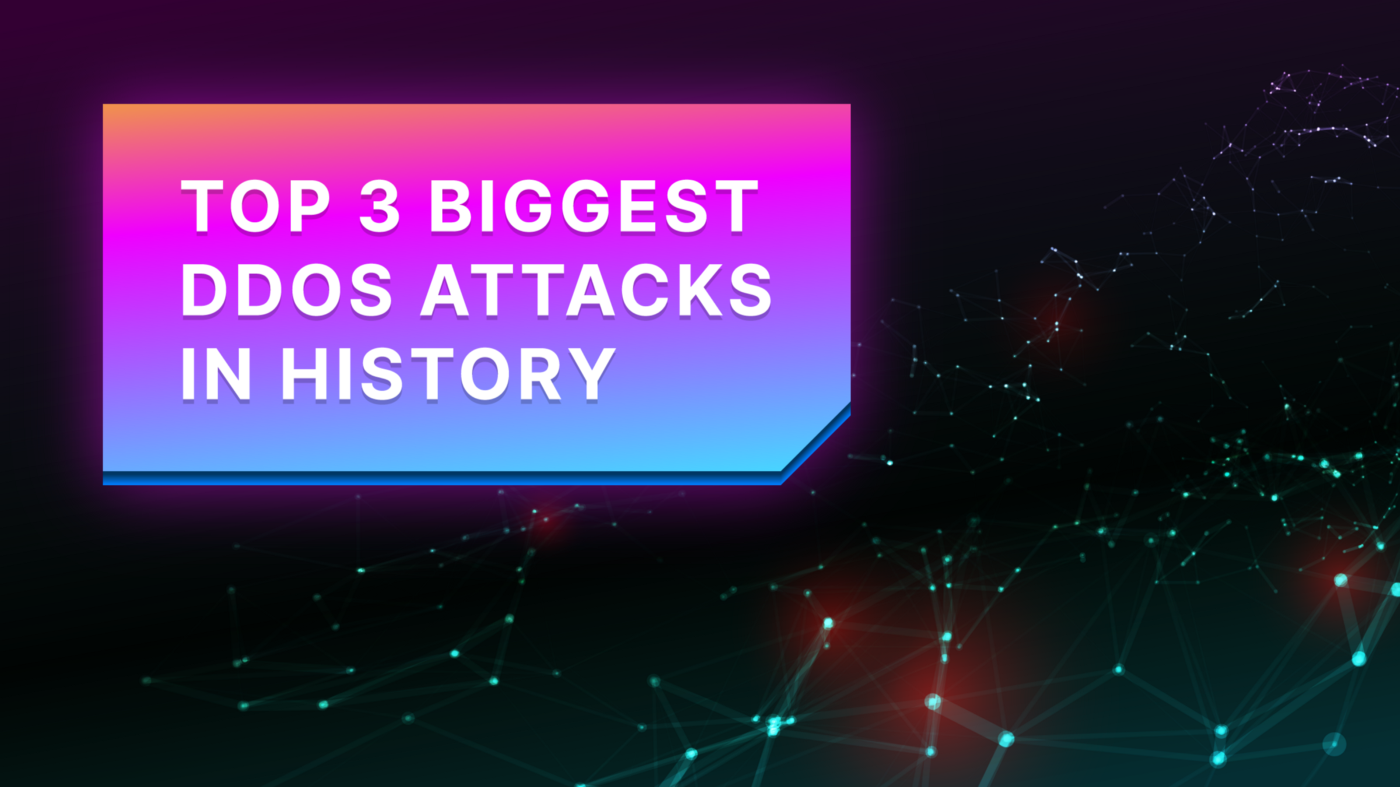 DDoS attacks have already become a significant barrier for doing business affecting companies operating in different fields. The damage they cause may be both financial and reputational. Not only SMEs but also technological giants may be vulnerable to DDoS attacks. Let us look closer at the biggest DDoS attacks on well-known brands.

The DDoS attack of 2.5 Tbps struck Google in September 2017. It was a nation-state campaign lasting for 6 months originating from China and, at the time the attack was committed, it was the biggest ever recorded DDoS attack. Malicious actors were trying to slip past automated defenses by targeting thousands of the company’s IPs. However, hackers did not achieve their targets. The Google Threat Analysis Group expert Shane Huntley reported that the attack in question was the UDP-amplification state-sponsored attack. Google notified its providers of the exploitation by malicious actors of 180,000 CLDAP, DNS, and SMTP servers.

In 2020, the company Amazon mitigated the most powerful attack on its Web Services in its history. The attack’s peak traffic reached 2.3 Tbps. The so-called reflection attack was mitigated by AWS Shield, the tool used by Amazon to protect customers of the company’s on-demand cloud computing platform from DDoS attacks. Amazon did not provide any details on the origin and target of the attack. Malicious actors were trying to amplify traffic by exploiting CLDAP servers. According to Amazon, between 2018 and 2019, the company did not detect any attack of above 1 Tbps.

In February 2018, GitHub experienced one of the biggest DDoS attacks of 1.35 Tbps that made it unavailable for a few minutes. Before the incident occurred, the company had more than doubled its transit capacity so that the attack did not heavily affect its users. It was the amplification attack originating from more than 1 thousand various autonomous systems across dozens of thousands of unique endpoints. The malicious actors were applying the Memcached-based approach. Almost half an hour after the initial attack, the follow-up attack of 400 Gbps took place. GitHub is actively working on reducing the meantime to recovery so that it protects users from experiencing even minimal damage due to DDoS attacks.